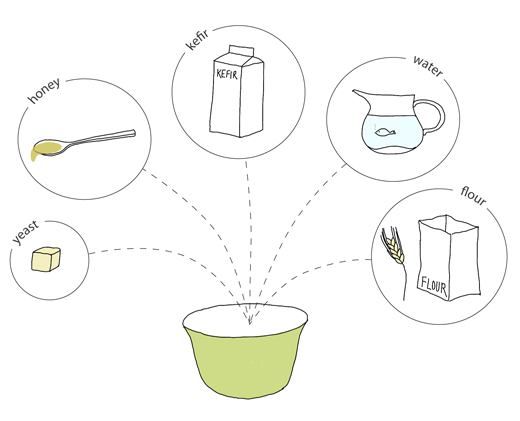 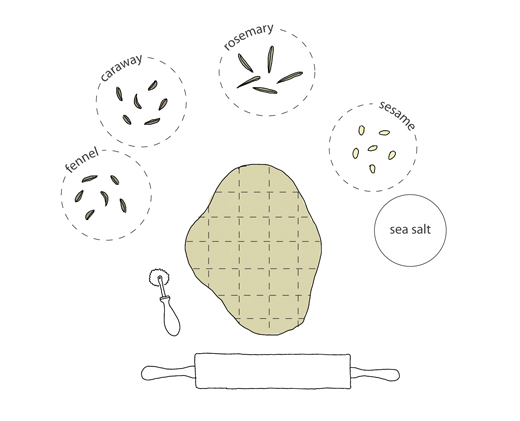 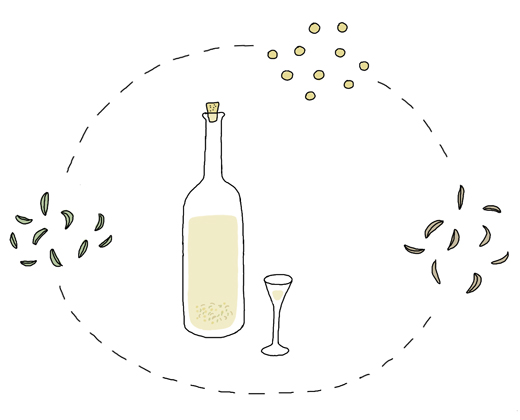 In the old days they used to add different kinds of herbs to vodka. Back then it was often for healing purposes but also as a way, I think, to take out some of the sharp taste in pure spirits. Wormwood was used to cure loss of appetite, both Caraway seeds and Fennel was used to treat digestive problems and St John’s wort was supposed to heal angst and depression.

Whether these cures are true or not my husband and I enjoy flavoring pure vodka with different kinds of herbs and plants. Some of the herbs we find during the summer in the woods (St John’s wort and Bog Myrtle) or in our own garden (black currant, wormwood and coriander). My husband has even engaged one of our friends, who has a backyard garden in Brooklyn, to grow wormwood (for Swedish Bäsk) and sweetgrass (to make Polish Zubrówka).

To make aquavit you don’t really have to go to the woods, you just need three simple spices that you may already have in your pantry: (one table spoon) coriander seeds, (one table spoon) fennel seeds and (one and half tablespoon) whole caraway seeds. Crush them roughly with a mortar and pestle and soak them in 200 ml pure vodka for a day or so. Let it soak longer for a stronger essence or less if you want a lighter taste. Strain and dilute with more vodka to the taste that you like. I recommend using the lightest pure vodka that you can find. For example, outside of Sweden I suggest Swedka or triple-distilled Smirnoff and in Sweden I recommend Renat.

This recipe was first published on Honest Cooking, 28 April 2011.