My next guest here on kokblog is my brother Oskar Kindvall. Oskar is probably one of the biggest gottegris (directly translated to ‘sweet tooth pig’) I know. As long as I can remember he has been very specific with sweet (and savory) things he likes and desire. For birthdays and Christmas he wished for marzipan and olives while I was dreaming of a new barbie doll or drawing equipment (yes that was a passion already then).

Oskar was born in Valencia when my parents lived in Cullera, a small town by the east coast of Spain. This must obviously have had a great impact on his interest in Spanish treats (see below). During a journey we made together in the late 80’s, I remember him carefully mapping out where the best flan was made. He of course returned later to the very best. He also makes excellent paella all year around in his garden. A skill he learned from our mother and father.

From an early age Oskar also developed a huge interest in nature and especially small creatures such as frogs, beetles and later on birds, grasshoppers, bats and butterflies. Like his passion for sweet treats, this interest never stopped. Today he works as an IT Developer, researcher and environmental analysts at ArtDatabanken, Uppsala, Sweden. I’m not surprised that he has become an associate professor of ecology as for me he was a professor long before he reached university. 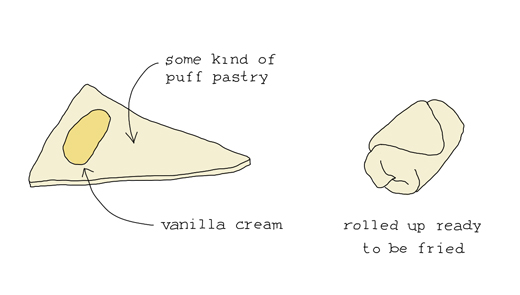 When traveling in Mediterranean parts of Europe I have adopted a peculiar obsession for fried pastries. My favorites among these delicious pieces of edible art are the donut like creations called Xuxos. These can be found in north eastern Spain and Southernmost parts of France. When made by experienced hands according to the tradition at local bakeries, there is almost nothing that can stop my appetite for them, except for one more of them. The really good ones are quite big, stuffed with tasty vanilla cream, extraordinary greasy and full of sticky sugar all over which make them both a little bit hard to handle and extremely calorie rich. Usually you are quite full after one of them which is so frustrating.

For obvious reasons I have tried to make my own xuxos. However, even if my attempts have been really tasty most of the time, I still have not revealed the secret the experienced traditional bakers possess. I realize that it is time to make a visit behind the scenes of the bakery next time. Especially since the handmade Xuxos have become increasingly hard to find nowadays. In most areas where I used to find good Xuxos almost everywhere in the early 80’s, it seems that they have been totally outcompeted by machine made copies with no magic. It appears to me that the negative trend has been worse in France while really good xuxos still can be found around Barcelona. 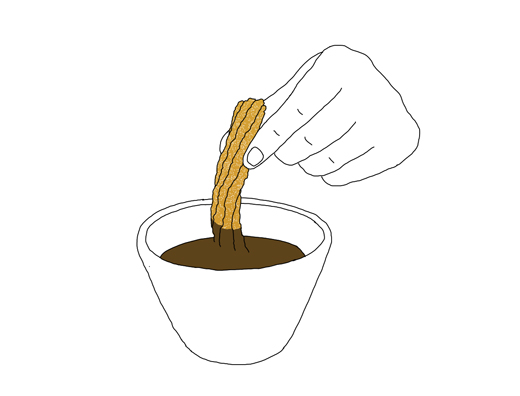 Someday I hope to meet someone who can show me how real xuxos should be made. Meanwhile I enjoy baking another fried pastry, called Churros, which is much easier to bake without much experience. Churros can be found almost everywhere in Spain and southern France and very often you can watch the whole baking procedure while waiting for your order. Besides, there are a lot of recipes on the internet. No secrets, not much magic but still very tasty! Most churrerias serve the newly baked churros on a plate together with sugar and chocolate. Personally, I recommend eating them with whipped cream, strawberry jam and a little sugar on top. However, this combination I have never seen at the Spanish churrerias. As a consequence you have to make them yourself to really enjoy their potential. 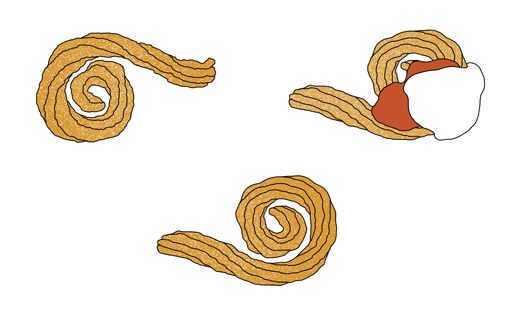